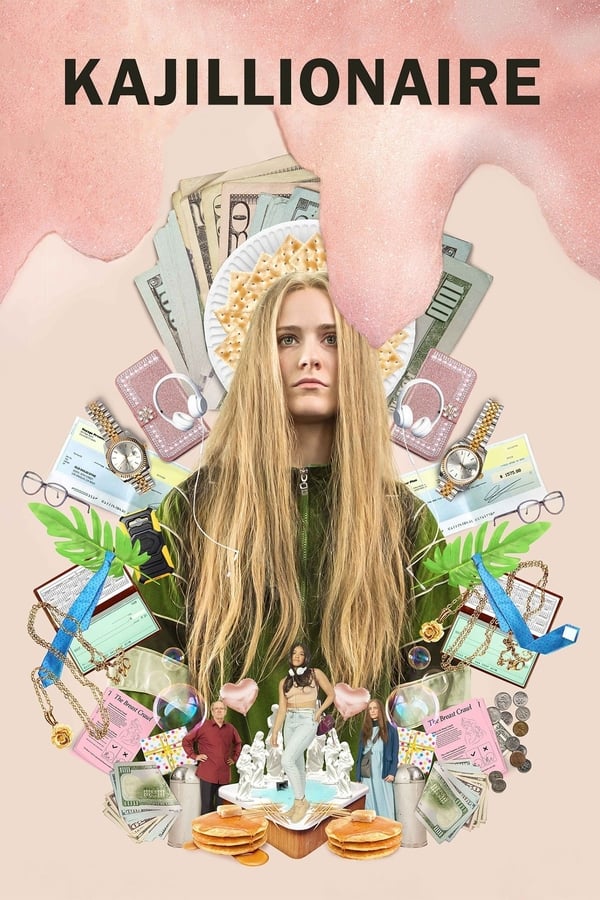 
Two con artists have spent 26 years training their only daughter to swindle, scam and steal at every turn. During a desperate and hastily conceived heist, they charm a stranger into joining them, only to have their entire world turned upside down.

Louisa Moore - Screen Zealots
I am absolutely head over heels in love with writer-director Miranda July‘s “Kajillionaire,” a quirky, tender film that explores the longing for human connection wrapped up in a story about a family of down-on-their-luck con artists. The project has July’s signature style all over, and it’s one of the very best works of her career.

Theresa (Debra Winger) and Robert (Richard Jenkins) are life-long grifters. They’ve trained their only daughter, Old Dolio (Evan Rachel Wood), well. The trio are well-versed in every scam, swindle, and opportunity for thievery, from lifting mail from adjacent post office boxes to demanding a reward for finding “lost” jewelry. While on a mission to defraud a travel insurance company, they meet kind stranger Melanie (Gina Rodriguez), who is intrigued by the family. Melanie casually mentions that she has a crackerjack idea to trick her elderly customers into gifting her valuable antiques, which she can subsequently sell for cash. Desperate for rent money, the family invites Melanie to join them on their next heist, which turns Old Dolio’s world upside down.

The story is original, touching, very funny, and it goes places you won’t expect. Wood is fantastic as Old Dolio, a stoic, lonely, and strange young woman who is obsessed with the fact that she was never held as a baby. She longs to be shown affection, and it’s a heartbreaking character that Wood wholly embodies. All of the performances are fantastic, but she stands out.

The dry, wry humor is an acquired taste, but if you appreciate July’s previous work, you’ll likely love this. There are moments of greatness (including a beautiful scene about loneliness that takes place in a dying man’s apartment), and heavy themes about learning to love yourself and the joys of friendship and salvation are laid out in non-conventionally delicate but effective ways. I adored every single moment of this film.

The story turns from a generic tale of grifters into a lively portrait of self discovery, and it’s beautiful when Old Dolio begins to experience a true connection with Melanie as they devise a plan to free her from a life of petty crime.

“Kajillionaire” is uplifting and charming, and has a lot of original, insightful things to say about the world we all live in.

This is the first movie I watch from Miranda July. She’s been delivering films well-received by critics, but audiences seem to be pretty divisive about her storytelling methodology. Not that many people watch her movies, which doesn’t quite allow me to draw a conclusion about what the general public thinks about her, but there’s a clear tendency for overall positive feedback when a lot of people put their eyes on one of her pieces instead of just a couple of hundreds. Therefore, I was really intrigued by Kajillionaire’s synopsis, and the cast is interesting, to say the least. So, does Miranda conquers one more fan, or am I too stubborn to convince?

Her unconventional filmmaking style definitely captures my attention, but it’s her incredibly subtle character development that ultimately wins me over. Evan Rachel Wood’s Old Dolio doesn’t know how to live or what life truly is. She doesn’t understand or feels fundamental human interactions due to the loveless parenting that accompanied her throughout her entire life. She only knows how to steal, cheat, and live a life outside of the law. She believes life is meaningless and that a massive earthquake will change everything. So, Old Dolio is an easy character to root for and to connect with when things don’t work out as she expects. It’s impossible not to feel sorry for her. I constantly felt sad and even uncomfortable when she was emotionally suffering.

Evan Rachel Wood (Westworld, Frozen II) offers a unique interpretation of someone with this kind of personality, even changing her voice tone, delivering a notably layered performance. Evan and Gina Rodriguez (Melanie) share impeccable chemistry, a vital component in the main plot. Their characters create such an emotional bond that any sane and educated viewer will understand where their relationship is driving towards. This friendship is treated in such a respectful and realistic manner from Miranda July that I felt extremely pleased by everything surrounding it. It’s undoubtedly the primary source of entertainment.

However, it’s Gina Rodriguez (Annihilation, Scoob!) who genuinely elevates the whole story. Honestly, in my opinion, it’s her career-best performance. With tiny, little facial expressions, she’s able to clearly transmit to the viewer everything Melanie is feeling. She’s introduced at the right time, just when the film needs a push. Richard Jenkins and Debra Winger are also outstanding, especially the former who gives his character a few unexpected, emotionally powerful moments. Both parents are as cold and rigorous as they could be, teaching her daughter how to survive without any affection instead of how to live and be filled with love.

Miranda July writes a compelling narrative, packed with dramatic sequences, but also with quite a bit of humor. She employs a somewhat slow pacing, which doesn’t always work in favor of the movie. In fact, if it wasn’t for Gina and Evan’s incredibly captivating interactions, Kajillionaire would suffer much more from the family’s scamming business, something that quickly loses my enthusiasm. Sebastian Winterø’s cinematography is driven by the characters, lingering on their reactions longer than usual, letting the emotions sink in, and allowing the viewer to connect with the characters. This is impeccable work, aided by seamless editing (Jennifer Vecchiarello).

Technically, it’s a pretty well-produced film, but I do have an issue with the score by Emile Mosseri. I really enjoy most of the themes, but occasionally the volume is so loud that I had trouble listening to what the characters were saying. Since I had the option of going back a few seconds, I could hear some scenes again, so it didn’t exactly hurt my viewing. However, it’s still a technical issue that made me stop the movie, something I absolutely dislike, and I don’t know how much it could have impacted me had I watched this film at a theater.

In the end, Kajillionaire convinces me well enough to add Miranda July to my list of “directors to follow closely”. Boasting a character-driven narrative and a unique filmmaking style, Evan Rachel Wood and Gina Rodriguez share impressive chemistry, elevating their characters’ relationship, which is definitely the most captivating arc of the whole movie. Both Melanie and Old Dolio go through an extremely detailed yet visually subtle character development, which compelled me to root for their success in life. Gina steals the show with a career-best performance, but Evan’s bizarre display is also remarkable, as well as Richard Jenkins and Debra Winger’s excellent portrayals of the parents. Technically, Sebastian Winterø’s camera work and Jennifer Vecchiarello’s editing work perfectly together, but Emile Mosseri’s beautiful score is occasionally dialed up to a volume that hurts some dialogues. The slow pacing employed doesn’t quite work all the time, and the family’s swindling business quickly loses interest besides defying logic a couple of times. Overall, I recommend it to everyone, so give it a watch if you can!

The Short History of the Long Road
2019

In Search of the Last Action Heroes
2019