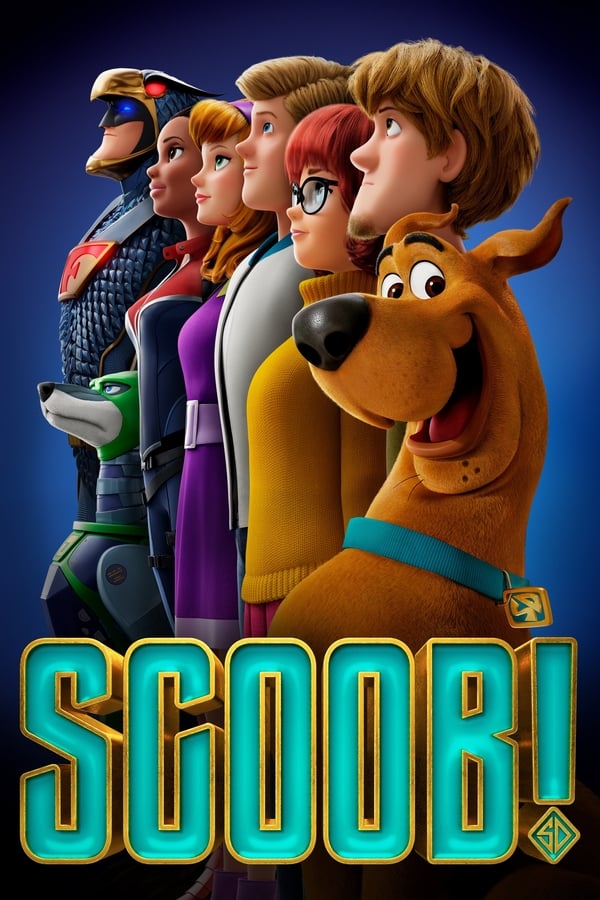 
In Scooby-Doo’s greatest adventure yet, see the never-before told story of how lifelong friends Scooby and Shaggy first met and how they joined forces with young detectives Fred, Velma, and Daphne to form the famous Mystery Inc. Now, with hundreds of cases solved, Scooby and the gang face their biggest, toughest mystery ever: an evil plot to unleash the ghost dog Cerberus upon the world. As they race to stop this global “dogpocalypse,” the gang discovers that Scooby has a secret legacy and an epic destiny greater than anyone ever imagined.

2
The animation is horrible. As unimaginative as possible. The story makes no sense and is overly complex. The characters are not interesting. Really bad.

I much preferred the Scoobydo episodes I used to watch as a kid. There was often a simple but mysterious and interesting story. We would discover at the end who was the killer. Pretty much like an Agatha Christie novel.

SWITCH.
I guess I can commend Warner Bros. for attempting to revitalise their Scooby-Doo brand and give parents something to show their kids while they've been stuck at home, but when there's a plethora of new and old (much, much better) kid's films, the best thing would be to Scooby-Dooby-do your kids a favour and skip this one.
- Ashley Teresa

I was never the biggest fan of Scooby-Doo's animated cartoon when I was young. I enjoyed it like any other kid who enjoys almost everything, but it was never a show that made me nervously excited during the day, waiting for it to come on TV. I vividly remember getting pumped, knowing that a new episode of Dragon Ball Z or Timon & Pumba would broadcast on that particular day. I never felt that way with Scooby-Doo, and honestly, I don't know why. I was always curious about sci-fi and "what lies beyond", so maybe the fact that the goal of the show was to justify every single paranormal activity with some "guy in a mask" didn't really appeal to the kid in me...

Either way, I still liked the series, and my memory is filled with all of the show's classic signatures: the (double or even triple) un-masking of the villains, Scooby jumping to Shaggy's arms because they both got scared, the ridiculously large sandwiches, you name it. Ironically, the biggest compliment I can give the film also relates to its major flaw. For any fan of the show, these classic moments will provide high levels of nostalgia and entertainment, so anyone who comes looking for that will definitely get what they desire.

However, even though Scoob! is far from feeling like a corporate flick packed with product placement (looking at you, Sonic the Hedgehog), I can't help but feel that the studio was embarrassed by its own property. They try so hard to make this movie belong to 2020 that they completely forgot about what makes the show special for so many people. From the weirdly confusing song selection to the way too modern plot points, Scoob! 's narrative distinctly follows an Avengers-style plot (including an obvious allusion to Captain America holding his shield) focusing strongly on the superhero theme.

They didn't believe that Mystery Inc. and the (successful) formulaic story were enough to hold the target audience's attention, so they decided to borrow from one of the most entertaining and financially impactful genres of today, losing the essence of their own IP. Therefore, despite Scoob! having almost all of the cartoon's classic scenes, it still feels detached from the source material. In addition to this, if you're not a fan of Scooby-Doo and if you don't know anything about it, then don't expect this film to explain anything to you.

Fred, Velma, and Daphne get separated from Shaggy and Scooby early on (due to a hilariously dumb scene that only kids will accept), so almost no character development occurs within the first group of people. This movie focuses more on the pair's adventure and their relationship dynamics (which are explored in a cliche yet efficient manner), leaving 3/5 of the Mystery Inc. feeling left off. Actually, now that I think about it, Scoob! doesn't even have a mystery to solve!

In the cartoons, every episode is about discovering what or who's causing a specific paranormal event. This film basically follows that formula for the first fifteen minutes (which serve as an origin story of the gang) and then takes an entirely different path story-wise. I'm not going to complain about the plot's absurdity because it's undeniably a kids' movie, but these forced attempts to adapt Scooby-Doo to 2020 are what ruin the whole thing for me. The voice acting is great, though, and hearing Frank Welker interpret Scooby again is incredibly joyful.

All in all, Scoob! possesses almost all of the classic moments from the original cartoon, which will surely leave fans of the series satisfied and feeling that heartwarming nostalgia. In addition to this, the voice work is really good for the most part, especially from the legend, Frank Welker as Scooby. However, the studio hurts the film with countless attempts to adapt the formulaic yet successful screenplay that the show employed for decades into 2020. From the superhero-like plot to the lack of a central mystery, Tony Cervone finds himself in a writing mess (four screenwriters and three "story by" credits) from a company ashamed of its own product. If you're a hardcore fan of the animated show, this movie might leave you satisfied. But if you don't share a special connection with these characters and their classic adventures, or if you don't know anything about this franchise at all, Scoob! not only doesn't care to introduce or develop its characters, but it definitely isn't going to convert you.

JPV852
It was an okay Scooby-Doo movie for the kids. The animation looks great and for the most part the voice talents were good, especially Zac Efron as Fred was great, as were Gina Rodriguez and Amanda Seyfried as Velma and Daphne respectively. However, wasn't that thrilled with Will Forte's Shaggy (still think Matthew Lillard has been perfect thus far, I know they wanted a name, but doubt star power sells movies nowadays).

Anyway, it was a serviceable enough animated flick, personally I'm not a fan of the supernatural plots when it comes to the Scooby-Doo franchise, but fine for the family, so long as you're not an entrenched fan, I can see why some may hate this iteration. **3.25/5**